The case in question involves Dr. Mark Rettenmaier, a gynecological oncologist in Orange County, California, who brought his desktop in to a Best Buy for repairs in November 2011.  For some reason his computer was shipped to Kentucky (first in marijuana farming last in in education spending). Why would anyone ship a computer from CA to KY to be fixed? Just give it to me right here in West Hollywood! A technician at Best Buy's repair facility in KY an image of a naked prepubescent girl on a bed in a choke collar, then informed his boss, who told the FBI. Both Best Buy employees received some payment from the FBI, as did at least six others over four years, court records show.

Rettenmaier's lawyer, James D. Riddet, argues that the relationship between the FBI and the Geek Squad is "so cozy" and extensive "it turns searches by Best Buy into government searches." Court records show the "FBI and Best Buy made sure that during the period from 2007 to the present, there was always at least one supervisor who was an active informant," Riddet told OC Weekly.  Riddet says agents conducted two additional searches of the computer without obtaining necessary warrants, lied to trick a federal magistrate judge into authorizing a search warrant, then tried to cover up their misdeeds by initially hiding records.

The defense in the child pornography trial alleged that the FBI used a member of electronics retailer Best Buy's tech support team, Geek Squad, to peer into the accused's computer on the hunt for evidence of child pornography. Since then, the defense's lawyers revealed that the FBI had cultivated at least eight of the company's IT "geeks" over a four-year period to serve as confidential informants, who all received some payment for turning over data. Obviously, this raises serious questions about whether sending devices into the repair shop forfeits a person's right to privacy or unreasonable search and seizure.

The eight Geek Squad members in question worked in the tech support branch's repair center in Brooks, Kentucky, servicing items sent in from all over the country. Technically, users sign consent to search over to Best Buy when they hand their devices over to get fixed. This includes fine print indicating that any evidence of child pornography would require the company to hand the device over to authorities. 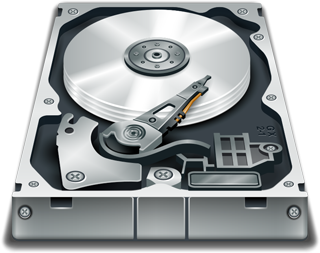 But if the FBI paid each of its informants to pass along evidence they'd acquired in the course of their normal job, and plan to keep doing so in future cases, wouldn't that make Best Buy's employees functional agents of the bureau? A federal judge is allowing the case's defense attorneys to explore that relationship between company and government which functionally allowed the FBI to bypass the need for a warrant or acquire specific consent to search. On the first day of the inquiry, an FBI agent's testimony cast doubt on whether the initial image found by the Geek Squad member and informant technically qualified as child pornography to warrant bureau action.

"The government concedes it presented no evidence that Flyer knew of the presence of the files on the unallocated space of his Gateway computer's hard drive," declared judges at the United States Court of Appeals for the Ninth Circuit before overturning that conviction. "The government also concedes it presented no evidence that Flyer had the forensic software required to see or access the files. . . . Deletion of an image alone does not support a conviction for knowing possession of child pornography on or about a certain date within the meaning of [federal law]. No evidence indicated that Flyer could recover or view any of the charged images in unallocated space or that he even knew of their presence there."

I don't know how information can even be STORED on "unallocated space" and I'm a PC expert!  It's possible the image was saved in a strange place by malware or a virus used to blackmail people.

But the biggest issue remains whether Geek Squad technicians acted as secret law-enforcement agents and, thus, violated Fourth Amendment prohibitions against warrantless government searches. Riddet claims records show "FBI and Best Buy made sure that during the period from 2007 to the present, there was always at least one supervisor who was an active informant." He also said, "The FBI appears to be able to access data at [Best Buy's main repair facility in Brooks, Kentucky] whenever they want." Calling the relationship between the agency and the Geek Squad relevant to pretrial motions, Carney approved Riddet's request to question agents under oath. 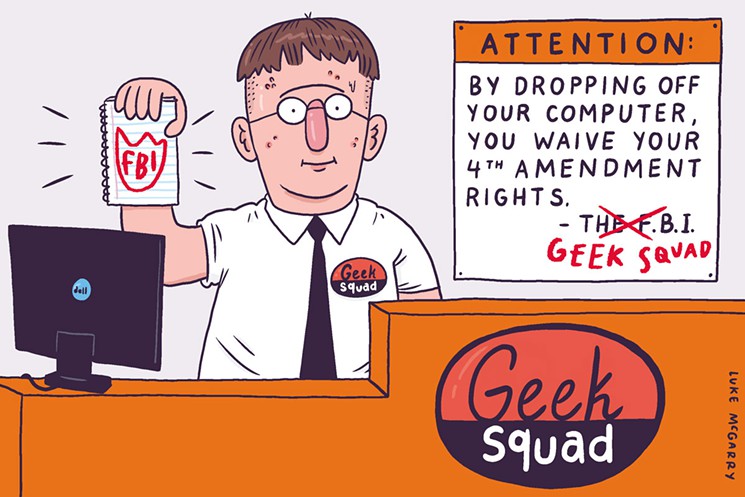 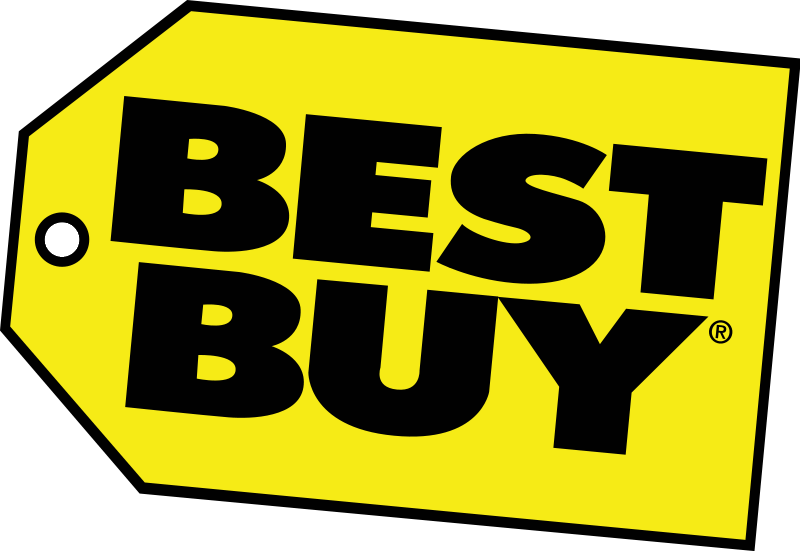 Best Buy and Geek Squad have no relationship with the FBI. From time to time, our repair agents discover material that may be child pornography, and we have a legal and moral obligation to turn that material over to law enforcement. We are proud of our policy and share it with our customers before we begin any repair.

Any circumstances in which an employee received payment from the FBI is the result of extremely poor individual judgment is not something we tolerate and is certainly not a part of our normal business behavior.

To be clear, our agents unintentionally find child pornography as they try to make the repairs the customer is paying for. They are not looking for it. Our policies prohibit agents from doing anything other than what is necessary to solve the customer's problem so that we can maintain their privacy and keep up with the volume of repairs.